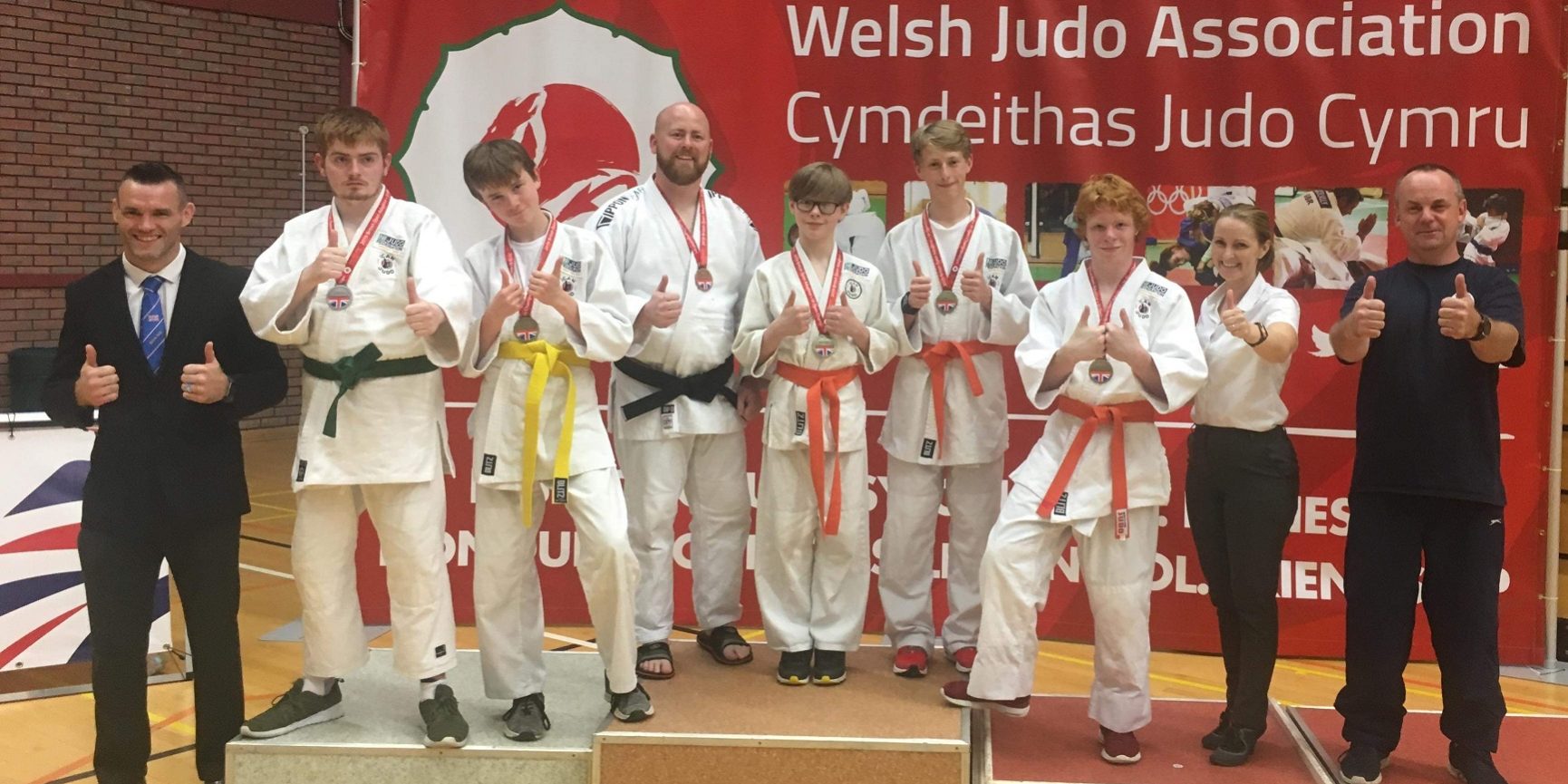 On Saturday 17th August, Judo players from iCan Judo club along with Michael McMillan from UUC Judo club (both under the banner of the Northern Ireland Judo Federation Adaptive Team) went to Wales to compete in the British Adaptive and VI Open Championships.

The players fought across different age groups and still must make weight in their respective sections; however, contests take place in categories set for individual needs and under slightly modified rules to ensure that the fights are fair and safe.

Despite this being the first time competing for a few of the players, the results were fantastic, and every player came back with a medal from the Championships.

In fact, the Federation is now proud to say that we have British Adaptive Champions in our midst.

Taking place in the Sport Wales National Centre, the event brings together Adaptive and VI players from across Great Britain and Northern Ireland, so to feature in the medal categories at all levels is a massive accolade for those taking part.

Not only was this a first for some of the players, but the Northern Ireland Judo Federation also had Stephen Sims attending as a referee for the first time at an adaptive event and Marian McLaughlin for the first time working as a technical official.

Adaptive Judo is something that the Northern Ireland Judo Federation is striving towards, to open the doors to as many people and get them into the sport and welcome them on to the mat.

“We’re overwhelmed with the results and the performance of our team, to medal in every category is a huge success and I’d like to congratulate everyone that took part.

I would also like to thank our carers, helpers and volunteers as all the adaptive Judo that takes place is currently self-funded.

The future looks bright for adaptive Judo in Northern Ireland and with initiatives that are happening to open the doors to many more people, we can only hope to build on the success we have had.”

You can join us on the mat and find your nearest club here.

This website uses cookies to improve your experience while you navigate through the website. Out of these, the cookies that are categorized as necessary are stored on your browser as they are essential for the working of basic functionalities of the website. We also use third-party cookies that help us analyze and understand how you use this website. These cookies will be stored in your browser only with your consent. You also have the option to opt-out of these cookies. But opting out of some of these cookies may affect your browsing experience.
Necessary Always Enabled

Any cookies that may not be particularly necessary for the website to function and is used specifically to collect user personal data via analytics, ads, other embedded contents are termed as non-necessary cookies. It is mandatory to procure user consent prior to running these cookies on your website.