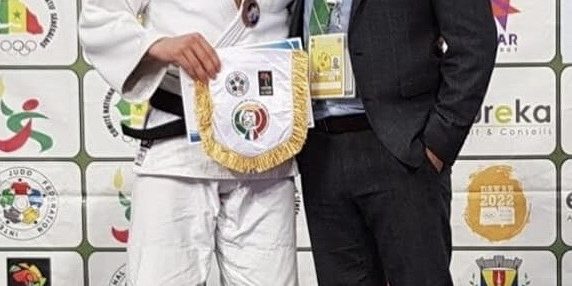 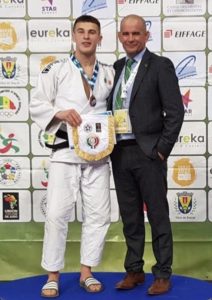 Following 2 weekends of tough competitions in Yaoundé and then Dakar, we are delighted to announce that the Northern Ireland Performance team are returning to regular training from the warm climates of Africa with 2 bronze medals from the African Opens in Cameroon & Senegal.

Performance Coach Paul Green took four of the team out to compete and it was his son, Joshua Green (IJA) who secured both medals with six Ippon victories in eight contests.

Also gaining valuable competition were Eoin Fleming (IJA), James Reid (NIJF) and Callum Nash (IJA) who all competed in the Yaoundé event, with the same team minus Callum Nash, taking to the mat in Dakar.

Unfortunately, James and Eoin narrowly missed out of the medal placements finishing in fifth place.

All eligible Judoka are able to put themselves forward for recognition for the programme, initially via the Regional Development Squads training which take place in both Belfast and Derry / Londonderry.

You can find out more about the Performance Pathway here