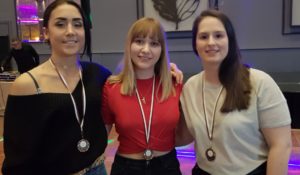 It was a big week for the members of the Northern Ireland Judo Federation as competitors took to the mats in the All Ireland University Championships competition in Galway.

Representing their University as part of the Federation, our members from various campuses won a fantastic haul of medals in both the individual events and team events.

Well done to all our players on winning and taking part. 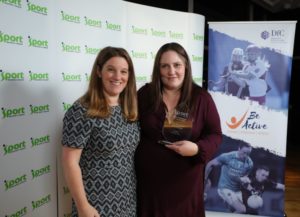 Peggy is a Sportmaker Winner

Peggy Magee from Portaferry Judo club was recognised by SportNI for the great work she has done so far with her Red Belt Challenge. The Challenge was to encourage members of the Portaferry Community perhaps struggling with issues or with anti-social behaviour to learn Judo in both the sport and the Martial Arts moral pathway.

It is planned to continue the project after the success, and it is great to see people becoming refocused through Judo. Well done to Peggy and everyone involved and congratulations on the award. 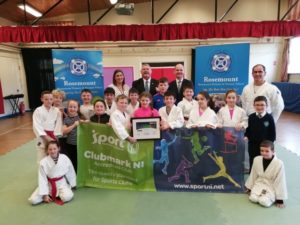 Congratulations to the Senshi Judo Club on achieving the ClubMark award from SportNI.

The Clubmark award offers quality assurance in both coaching and governance, and as an individually assessed certification ensures the club is keeping to best practice for the safety and progression of the members and volunteers.

Well done to Ron and all the team at Senshi on their efforts in achieving this.