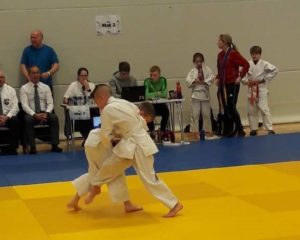 With the Shori Open taking place in the Foyle Arena and the Tipperary Friendship Games also being staged it was a big weekend of competitive Judo for the Northern Ireland Judo Federation members.

With over 160 competitors from 8 years old to Master’s and 3 mats going for the full day, the Shori event was very successful for all involved and the feedback has been great.

“This was very much a team event from those helping with set up, to Marian and Averil along with all the other officials and referees making the event run very smoothly. I’d like to thank them all for their assistance and support.

I’d also like to thank the parents, coaches and competitors for supporting the event as well.

We’re already looking forward to next year and getting the entries in via the online system which was easy for entry to the competition and also great for us as organisers too.” 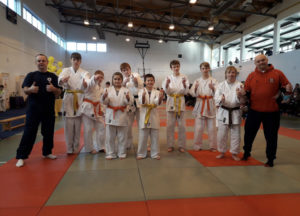 But that wasn’t the only event…

As well as the Shori Open, the NIJF had 28 competitors at the Tipperary Friendship Games in the South of Ireland too.

Competitors from iCan, Portaferry School of Judo, Simply Judo and Dromore brought back a haul of medals to their clubs in both the Adaptive and the Mainstream competitions.

“We had 8 players from iCan and 1 from Dromore and managed to secure 10 medals, as one of our players also competed in the mainstream event.

We have been to this event a few times and it is always a great competition for all the players.” 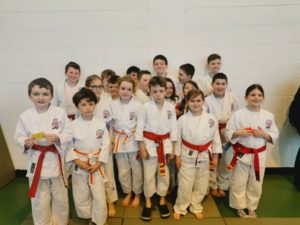 “For us the Friendship games is a great event as it gives us the chance to compete as a club, both with adaptive and mainstream players.

We managed to secure 19 medals from Junior to Senior categories which is great for the club and adds to a team spirit.”

All the coaches from the clubs were keen to stress their thanks to the parents and carers for their support and being a part of the day.