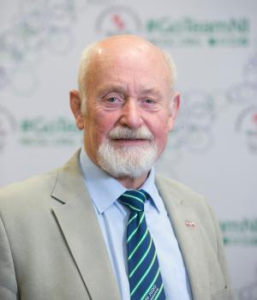 The Northern Ireland Judo Federation is delighted to announce that Dr. Richard Briggs has been included in the New Year’s Honours list and will be receiving an MBE for his services to Judo.

Dr. Briggs has had a lifetime in Judo, as a competitor, a coach and now as the Federation President.

Upon hearing about his award, Richard said:

“The panel included a UK wide spread of high level sporting athletes including former Olympians, so to be recognised alongside these people was a fantastic feeling.

However, I see my award very much about the Judo community as a whole, and how much impact Judo has been a benefit to society overall, mine is just a role played within that.

I’m awaiting dates of the presentation which has been delayed, like everything due to Covid, however I am looking forward to receiving the title and continuing my work in the Northern Ireland Judo Federation and seeing Judo develop from here.”

Congratulations from us all in the Federation and we look forward to seeing the award in person.

You can see the full honours list here: https://www.nidirect.gov.uk/articles/new-year-honours-2022

A night to remember and not just because of the awards!
October 17, 2022

Statement on the passing of Her Majesty Queen Elizabeth II
September 12, 2022

A Commonwealth Games that “exceeded targets”!
August 15, 2022
Go to Top
We use cookies on our website to give you the most relevant experience by remembering your preferences and repeat visits. By clicking “Accept All”, you consent to the use of ALL the cookies. However, you may visit "Cookie Settings" to provide a controlled consent.
Cookie SettingsAccept All
Manage consent