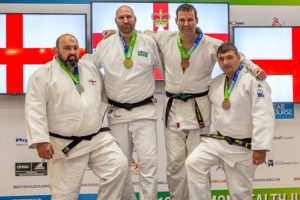 A contingent of 41 players from Northern Ireland made the journey across the water to the University of Wolverhampton’s Walsall Campus and returned with a massive medal haul of 13.

This was made up of 2 Gold medals, 3 Silver medals and 8 Bronze medals.

A fantastic result for Northern Ireland, who finished 5th on the medal table overall.

The competitor contingent also had 2 fathers and sons competing, with a paring from both Belfast and Coleraine, showing Judo is truly a sport for all. 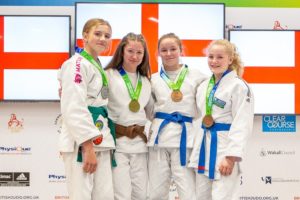 Not only did the Northern Ireland have competitors at the event, officials were also represented with 2 referees and 2 table officials attending as well.

“We’re delighted not only with the results, but the way our players conducted themselves in victory or defeat was a massive accolade to them and the sport.

The team outperformed expectations and this is down to the hard work put in at the clubs with the coaches. Although you compete as an individual there is always a team behind you in the preparation. On behalf of everyone in the Federation I would like to congratulate all the players, coaches, officials and supporters for representing Northern Ireland so well.”

Judo offers many opportunities to train or volunteer and you can train for fun, fitness or competition.

You can find out more about getting involved with Judo by clicking here.