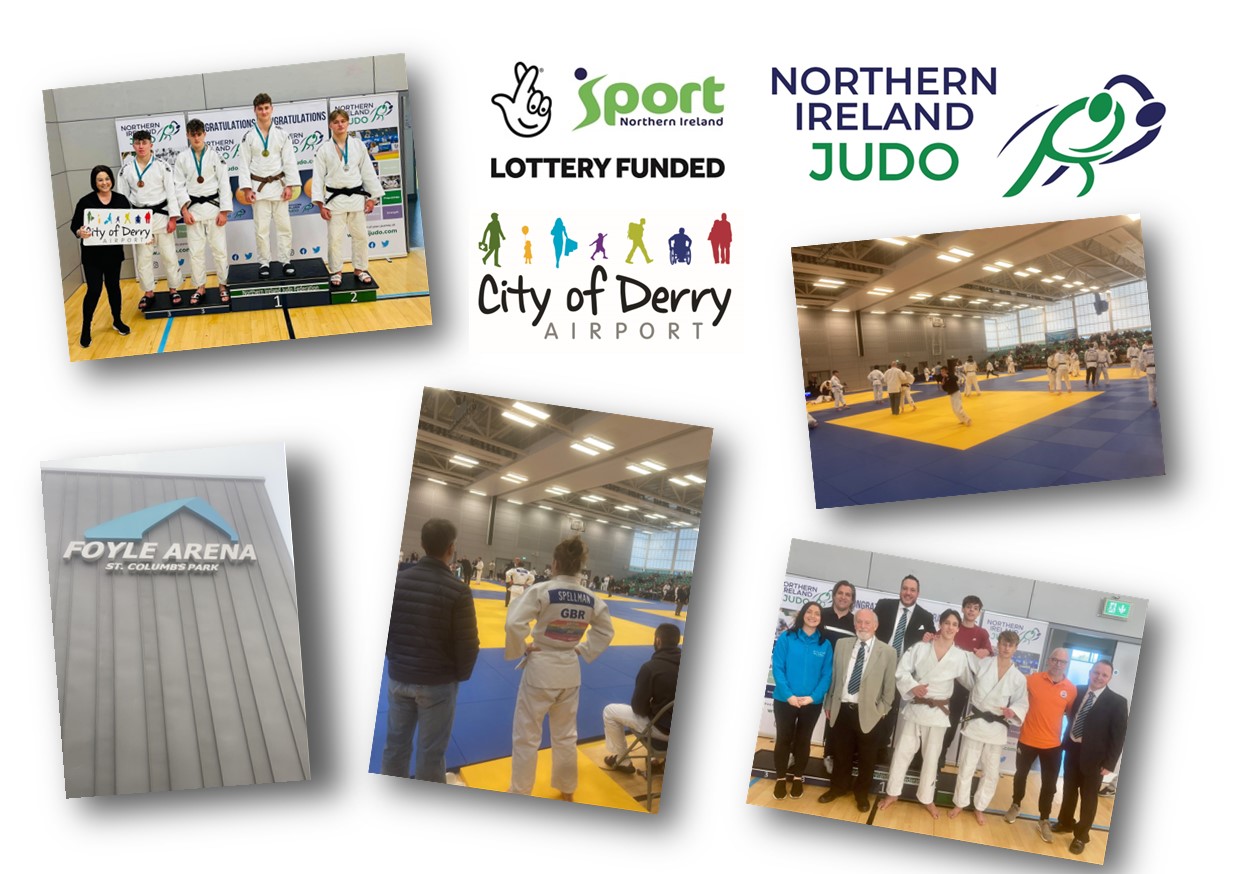 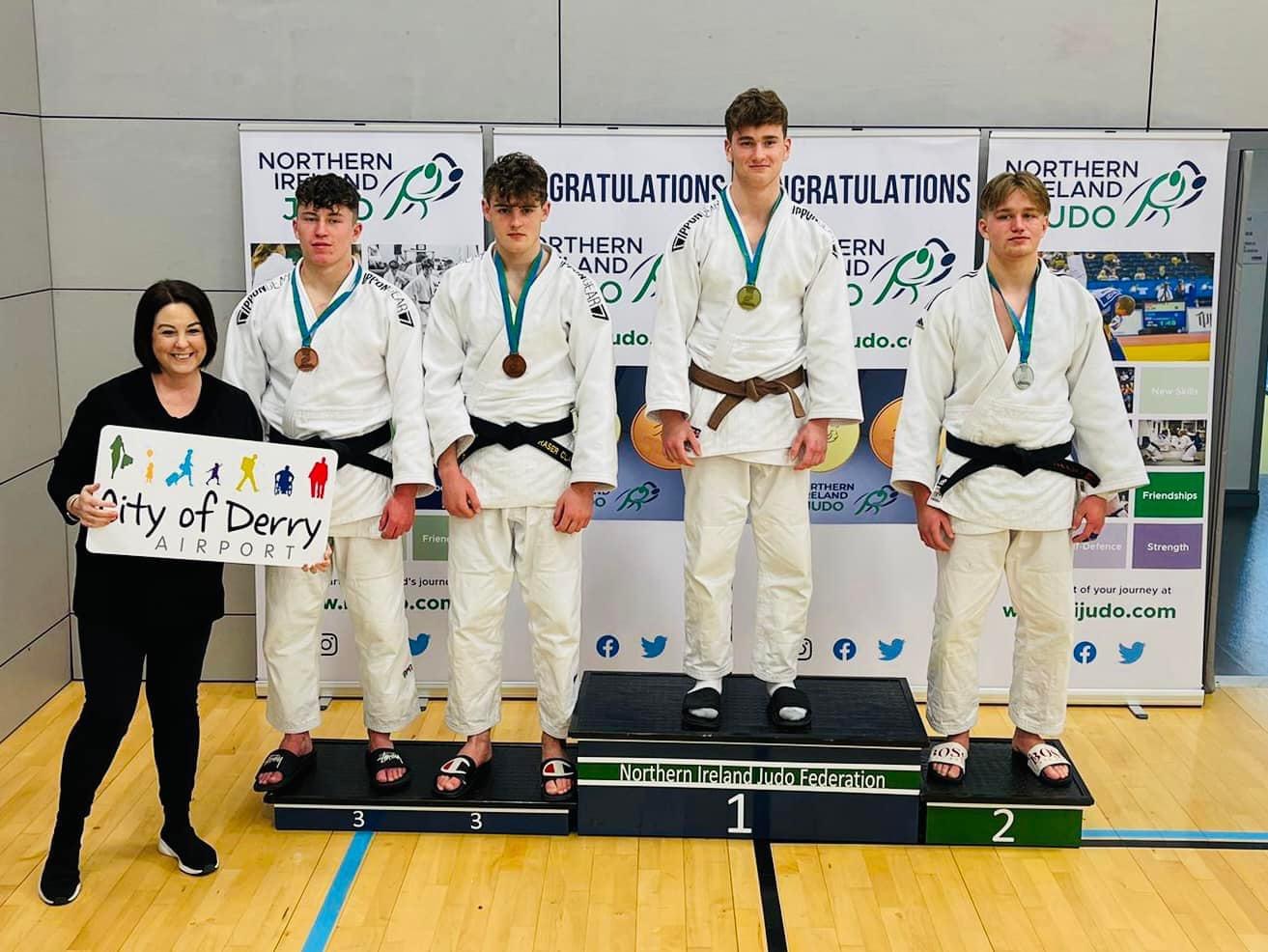 On the 9th and 10th of April, 420 competitors took to the tatami for the Northern Ireland Open, sponsored by the City of Derry Airport and staged in the Foyle Arena.

The competition which had a two-year hiatus due to Covid was a truly international affair, with not only competitors from the UK and Ireland, but also the Netherlands and Estonia sending representatives over for the event.

The feedback so far has been fantastic and the atmosphere on both days was electric, the sportsmanship on show was impeccable and the standard of Judo was elite. 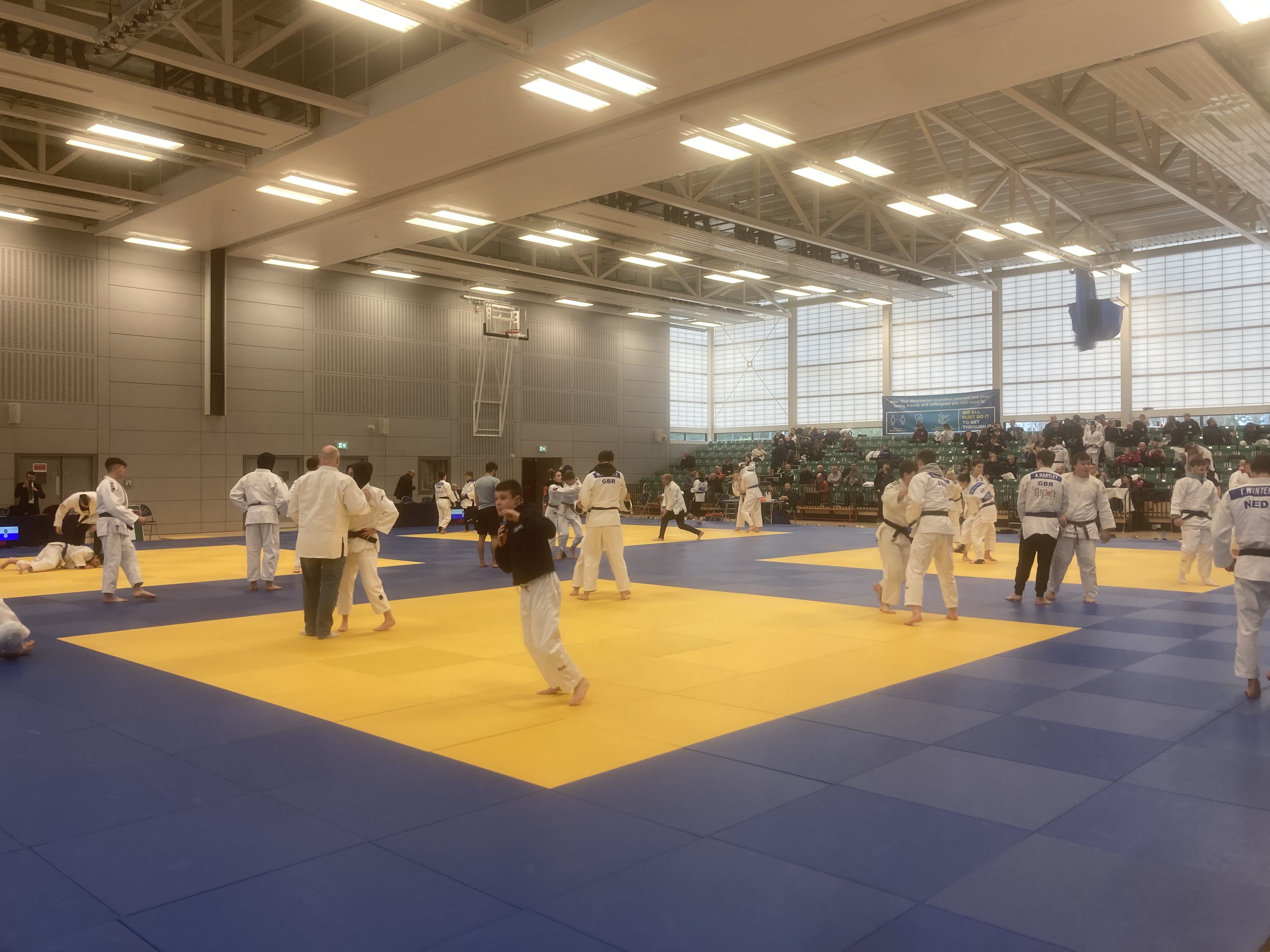 “To see the mats in the Foyle Arena as busy as they were over the two days was fantastic, and we were genuinely lifted by the entry levels we had with our first ranking event taking place post Covid lockdown.

Thank you to everyone that entered and took part and a special thanks to our travelling visitors for making the journey.

The standard of Judo on display was excellent, the atmosphere was brilliant, the events team made the days run like clockwork, our officials and volunteers were exemplary and the number of positive comments I have received directly has been delightful to hear.

We’ll de-brief from the event, and next year the Northern Ireland Open will return even bigger and better and we look forward to welcoming everyone back.

I’d also like to congratulate Marian on her passing the Competition Controller programme and Hannah for passing her timekeeper course as well. I’d also like to offer my further thanks to everyone that made 2022 one to remember.” 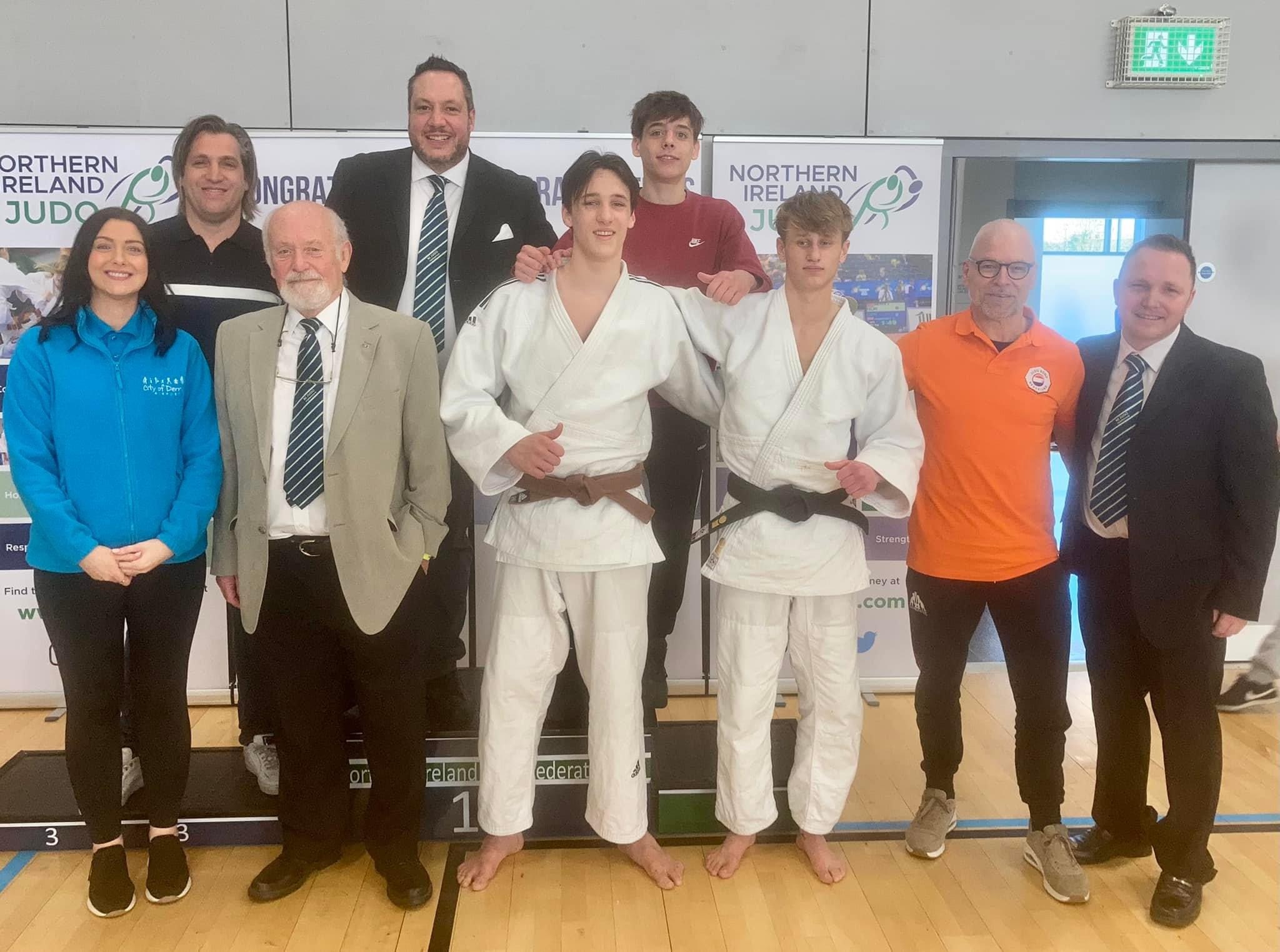 “I would like to say an enormous thank you to all the Technical Officials, Referees and volunteers who worked so well together to make the weekend so successful. To all the competitors, coaches and parents, many thanks for your continued support of our event.

On behalf of everyone at Northern Ireland Judo I would like to say massive congratulations to Marian McLaughlin who, having completed her final assessment at the competition, has now received the Competition Controller Award.

This is the highest Technical Official award to be achieved and is the result of 18 months continuous development on the PCC (Provisional Competition Controller) Programme. I would like to thank all the NIJF and BJA Officials who supported Marian through that programme.” 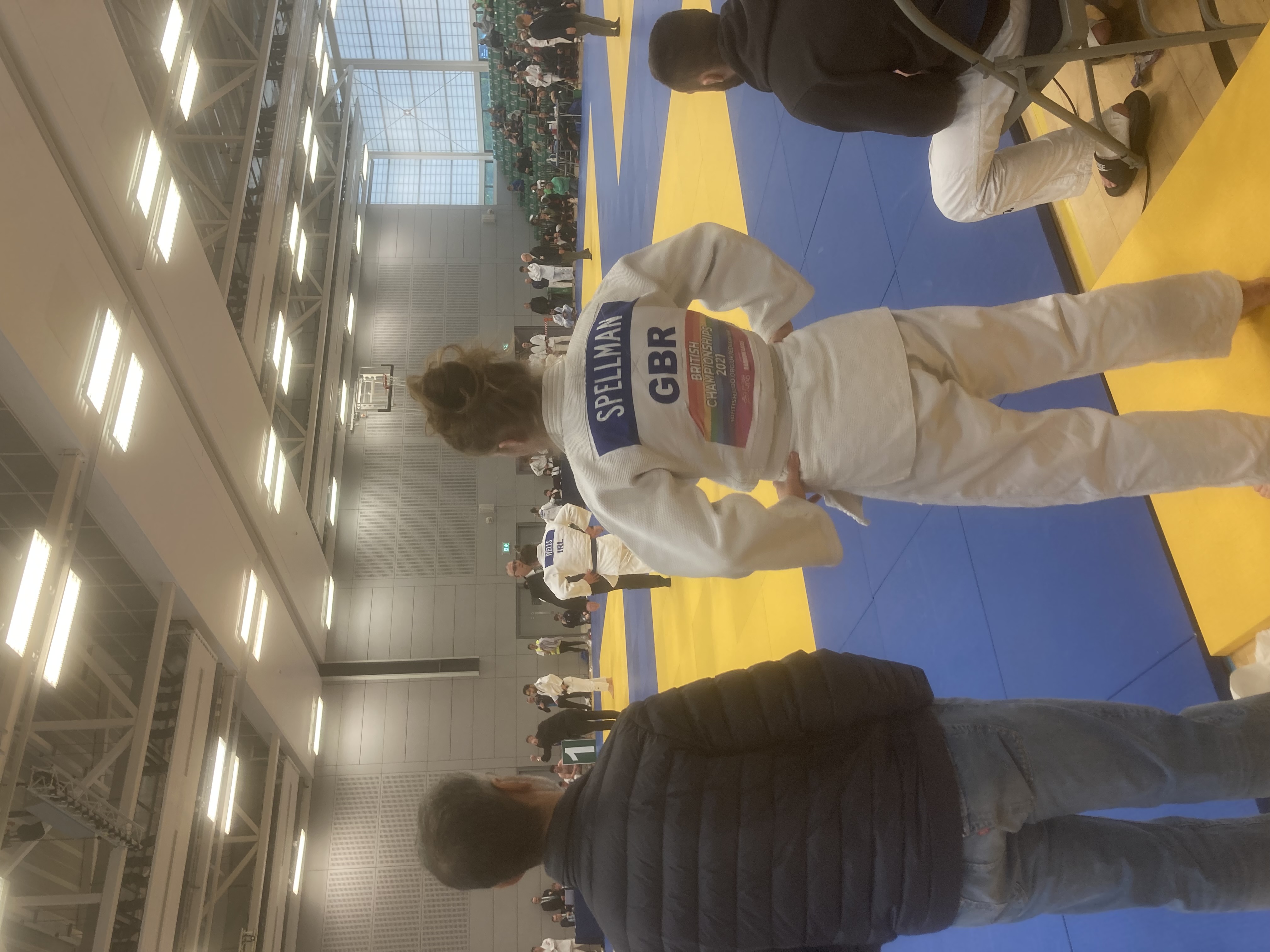 The Northern Ireland Judo Federation was not only represented by the clubs on the mat, but the members of our Performance Team were also competing and with seven of the athletes competing, six medals were achieved (including 4 golds) alongside some credible placings and competition mat time, for not only the team members but also those on the pathway to the team.

On the day our sponsors offered a competition to win two Loganair flights, VIP access to the airport lounge and free parking, this prize was won by Marshall Craig.

We now look forward to our next Open event, which is the N.I. Adaptive and V.I. on the 14th May and will also be held at the Foyle Arena.

A fantastic day of fun at the adaptive / inclusion training
June 27, 2022

Northern Ireland Judo secures Rank Foundation funding to create employment!
May 19, 2022
Go to Top
We use cookies on our website to give you the most relevant experience by remembering your preferences and repeat visits. By clicking “Accept All”, you consent to the use of ALL the cookies. However, you may visit "Cookie Settings" to provide a controlled consent.
Cookie SettingsAccept All
Manage consent