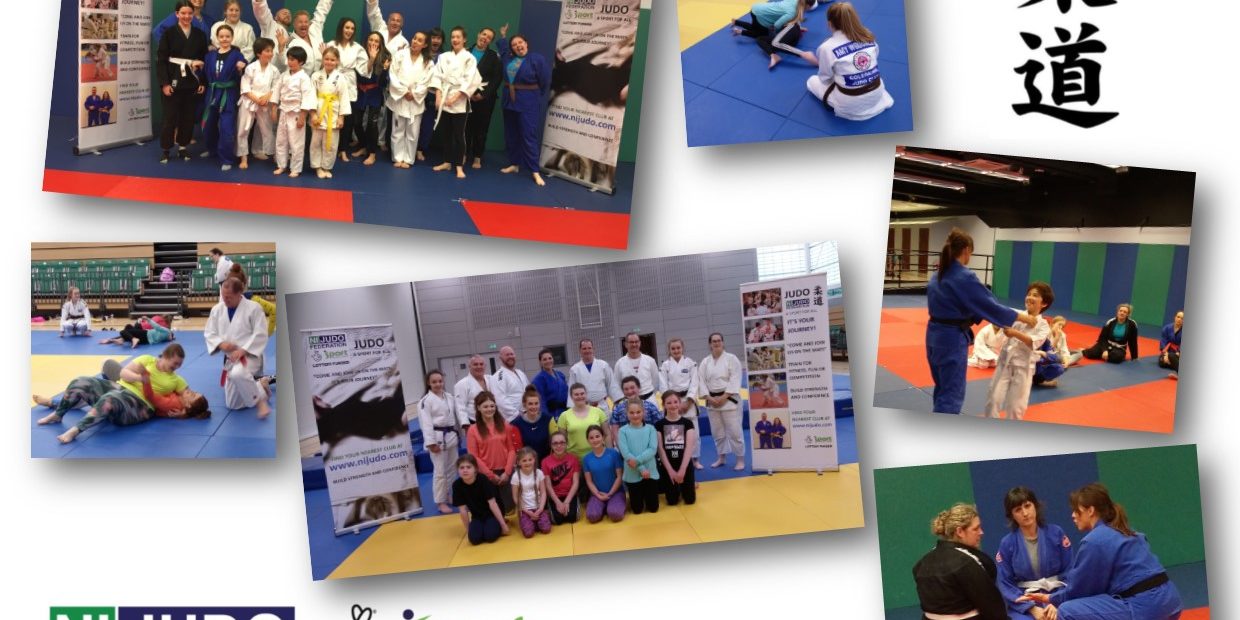 On the 15th and 16th June, former Olympian Chloe Cowan-Vickers delivered two Judo sessions to new recruits in L’Derry and Belfast in a bid to get more females into Judo.

Over 30 participants took part ranging from 8 years old to mid-40’s.

After taking the new recruits through the initial warm up, the future Judoka were taught basic holds, throws and the fundamental aspects of what Judo is and what is involved in training.

The feedback was fantastic and now there will be more new members in local clubs as the taster session gave the attendees a real appetite for the sport and most people will be joining their local clubs!

“Chloe did a great job making the sessions both fun and informative and what was great to see, was the NIJF coaches also taking part and getting involved and I’d like to thank everyone for taking the time to be a part of the event.

Females are underrepresented in Judo, so to have a batch of new recruits who already have an enjoyment of the sport will be fantastic for the clubs that they choose to join.”

Down the line, the future plans are to work with Wispa NI to stage another introductory session over 6 weeks to new members, so the future is bright for female Judo in Northern Ireland.